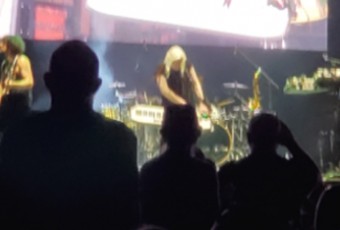 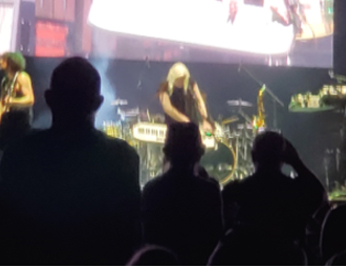 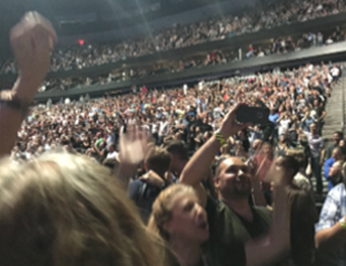 Because teaching social skills is part of my job as an educational consultant, and because of the concert behaviors I have seen of late, I feel compelled to expand my consultation to the rest of the world, who seems to have totally forgotten how to act socially at concerts and other productions.

END_OF_DOCUMENT_TOKEN_TO_BE_REPLACED 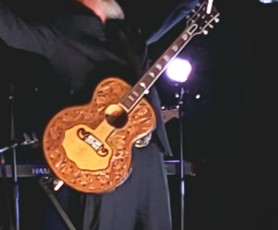 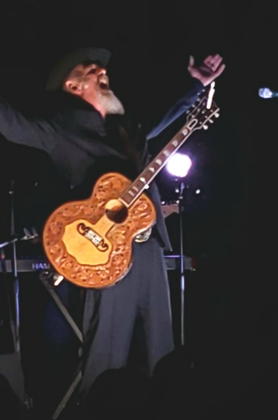 As night began to fall, and Shabbat faded away, two Jewish Renaissance men intersected; one in spirit, one in flesh. The blending of their souls through their music descended on a hallowed synagogue in Austin, Texas.

Two Jewish boys from the east; Ray Benson, born Ray Benson Seifert, and Leonard Norman Cohen, though now literally worlds apart, were deeply joined together on a recent November Saturday evening at Congregation Agudas Achim. Ray Benson, frontman and founder of the world-renowned western swing band, Asleep at the Wheel, paid a moving tribute to Mr. Cohen in a concert entitled, very appropriately, Hallelujah. “…It’s not a cry that you hear at night. It’s not somebody who’s seen the light. It’s a cold and it’s a broken Hallelujah….Hallelujah, Hallelujah, Halleluuuuujah!” Ray’s rich, reverent baritone enclosed us, uniting a congregation of yarmulke covered men, well-coiffed ladies, tattoo embellished cowboys, Ray Benson lovers (such as me), Leonard Cohen aficionados, and Asleep at the Wheel dedicated followers.

An evening which began with Cohen’s poetry read by the Rabbi and women of Congregation Agudas Achim, set the stage for Ray and his fellow musicians. A silhouette of Cohen in the background, a projection creatively casting a fedora-wearing band member (Dennis Ludiker), heartened us from the beginning to embrace the spirit of Leonard Cohen. 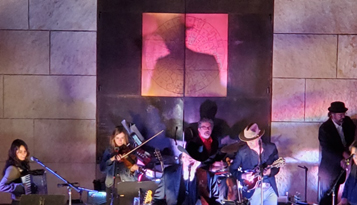 Worlds apart, but with more than their faith uniting them, Cohen and Benson, took us to the river with the hypnotic Suzanne, into that Avalanche filled with pain, and soon into my very favorite of Cohen’s, Bird On a Wire, and that’s when my tears began to flow. Perhaps it was the light of the Ner Tamid glowing behind the band symbolizing the presence of God, or the small gentle herd of deer grazing outside the synagogue, or being in the company of a thoughtful, caring friend, but I was transfixed, mesmerized, tear-filled and spellbound…truly in the presence of greatness. 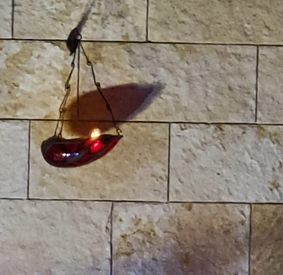 A moment of pure enchantment happened when on the very first notes of Dance Me to the End of Love, couples gravitated to the center of the synagogue, in an impromptu dance and sing-along. I think I may have heard the song before, but never realized that Cohen wrote it and as the dear lady sitting to my right explained, it has become a Jewish classic and often played at wedding celebrations. 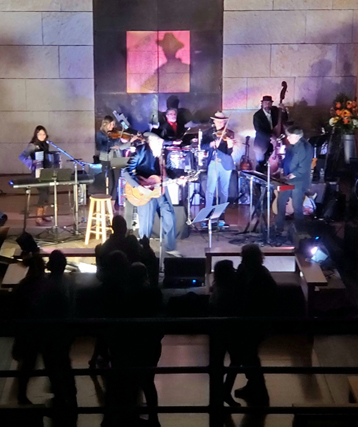 I have to say that the teary situation did not improve, who cannot have dry eyes when Ray belts out the hopelessness of Everybody Knows or hear the mourning dirge of Hey, That’s No Way to Say Goodbye? “You know my love goes with you as your love stays with me, It’s just the way it changes, like the shoreline and the sea…your eyes are soft with sorrow, hey that’s no way to say goodbye.” Voices lifted in unison as we all sang So Long to Marianne and the lilt of that tune put us in a less melancholy, almost cheerful mood. No disrespect to Leonard, but Ray Benson sings Leonard Cohen better than Leonard Cohen sings Leonard Cohen.

The evening ended all too soon, with the tribute moving through First We Take Manhattan, Famous Blue Raincoat, Tower of Song, and other favorites. It was well past 10 PM when things wrapped up. Unlike the “hurry up and get out of here” exit seen at most concerts, many of us lingered with a sense of sadness that our special time together was over. I instantly brightened when I reached for my coat and saw my very own personalized copy of Ray Benson’s book, Comin’ Right At Ya! Now you might ask how on earth I acquired such a wonderful tome. That thoughtful, luminescent friend sitting beside me – she gifted it to me, but not before she compelled drummer David Sanger, to take the book on the bus to have Ray personalize it for me. Thank you from the bottom of my heart, my moxie Mott! 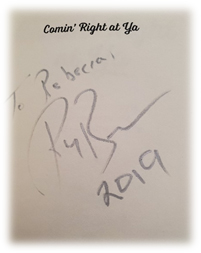 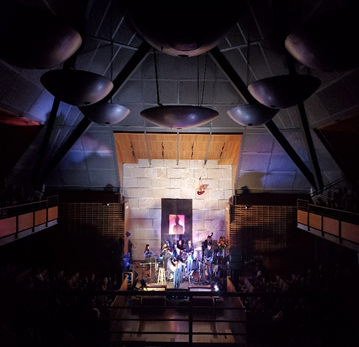 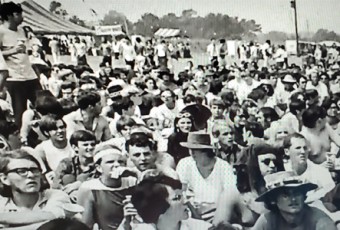 Are You Ready?
Looking Back 50 Years with Your RocDoc

And yes, they were ready! It was the summer of 1969, a season jammed with music reverberating in the souls of restless, apprehensive youth across our country. Music, i.e., rock, pop, folk, jazz, and blues was bellowing brashly across unbarred fields and under open skies. Music festivals were a much sought-after catharsis to the tumultuous time: Newport ’69 June 20-22; Newport Jazz Festival July 3-6; Atlanta Pop Festival July 4&5; Atlantic City Pop Festival August 1-3; Woodstock August 15-17; and less than two weeks later, on Labor Day weekend, the Texas International Pop Festival, where this story begins. END_OF_DOCUMENT_TOKEN_TO_BE_REPLACED 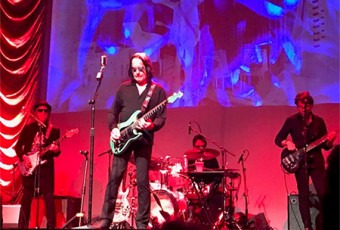 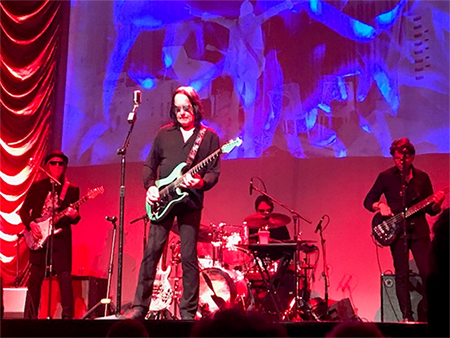 The Individualists tour was winding down, the 25th of June, EMO’s in Austin, on a pleasantly cool summer night. Finishing my stint at the Spirit of Harmony table, I hurriedly ushered myself to my friend-held seat, and was quickly introduced to a new acquaintance, sitting solo to my left. Hardly time to talk, only to exchange that she was there as a tribute to her late husband. Immersed in the show I would occasionally and hopefully very discreetly, make quick side-glances and I watched her as the music of Todd guided her to places she had been before, but with her husband by her side. END_OF_DOCUMENT_TOKEN_TO_BE_REPLACED 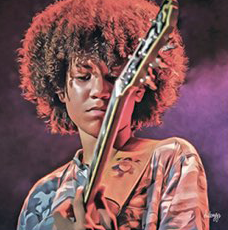 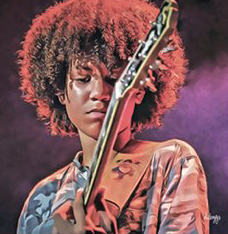 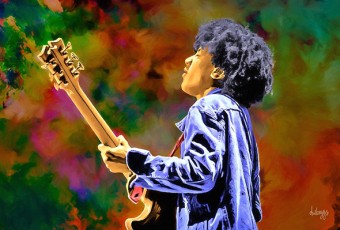 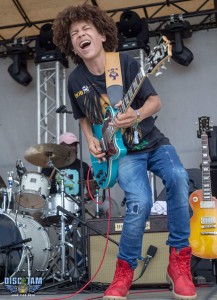 As mentioned in Part 1 of this interview, TAZ (Brandon Niederauer) is not only a dynamic, gifted musician, but an actor as well. TAZ began his acting career in 2016 playing a wunderkind teenage guitarist in the movie production Here Comes Rusty. He played the role of principal guitarist Zac Monneyham in Webbers’ Broadway musical, School of Rock; John Legend, in NBC’s Jesus Christ Superstar; and is featured in Spike Lee’s Netflix series, She’s Got to Have it. Hard work was a reoccurring theme I caught as TAZ reviewed his experiences with acting. “I learned many life-lessons from acting. I learned early on that I could not be late and that perseverance was necessary – whether filming in the hot desert or in the freezing cold, getting it right was expected.” TAZ says that regardless of what he was doing, “I always devoted as much time as I could to try to get it right, to try to get things perfect every time. It was a blessing and a curse. END_OF_DOCUMENT_TOKEN_TO_BE_REPLACED 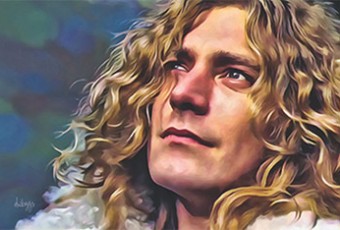 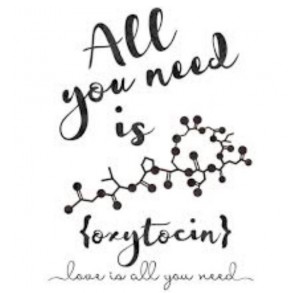 The Rockdoc Becky Bilyeu
What Does Breast Feeding, Orgasms and Music Have in Common?
Oxytocin of Course!

Oxytocin is a hormone and a neurotransmitter that is involved in childbirth, breast-feeding, sexual activity, empathy, trust and relationship building. Oxytocin levels are known to increase during hugging, kissing, and orgasmic experiences. It is not only the Bonding hormone between mother and child, but it binds musicians and audiences as well. Research shows that just listening to music gives an Oxytocin boost.
(Freeman 1995). END_OF_DOCUMENT_TOKEN_TO_BE_REPLACED 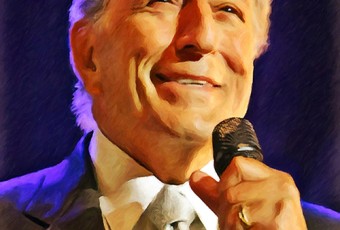 Are you or do you know a musician with dyslexia? If so, you might find that in the music field it is a gift, not a curse. Please check out what Sandy Emmerson, my friend, colleague and dyslexia specialist has to say…

Dyslexia is a form of neurodiversity which is neurological in origin and manifests itself with difficulty in learning to read, write, and spell. Consequences of these difficulties, which occur in a continuum from very mild to very severe, can include problems with reading fluency and comprehension, aversion to the printed word, issues with school socialization and self-esteem to name a few. However, judging by the number of extraordinary musical achievers who are dyslexic such as John Lennon and Cher, there are many potential silver linings that accompany the identification of dyslexia in a budding musician. END_OF_DOCUMENT_TOKEN_TO_BE_REPLACED 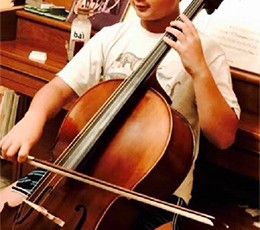 The dream of a child is our hope and fortunately for us, our future. Recently I met 13 year old Sumo, an enlightening young man, exiting Todd Rundgren’s Utopia concert with his mom. While chatting a bit with him about the concert, he revealed with fervent face beaming, that his real musical hero was Freddie Mercury and that the music of Queen was his true inspiration and his emotional safety net. Intrigued, I had to know more. END_OF_DOCUMENT_TOKEN_TO_BE_REPLACED 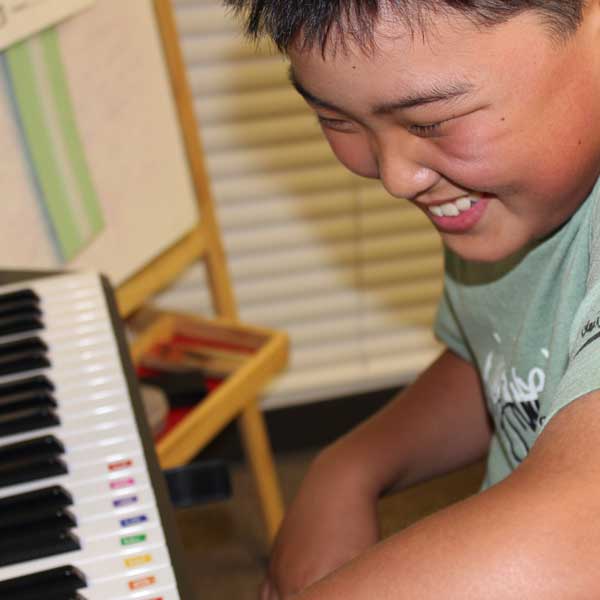 The Music and Autism Connection

As defined by Autism Speaks END_OF_DOCUMENT_TOKEN_TO_BE_REPLACED